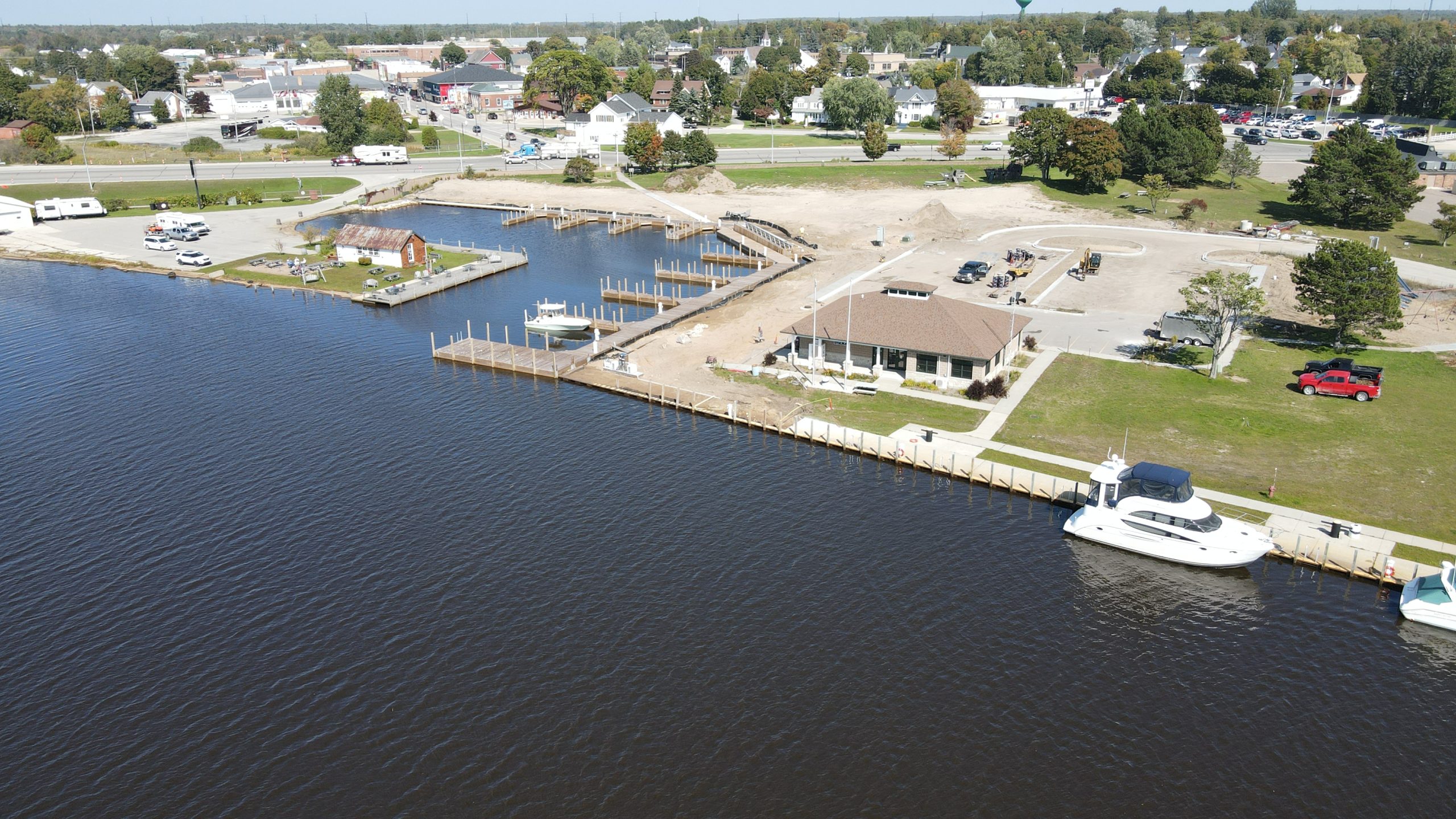 The Department of Public Works (or DPW) is responsible for over 29 miles of City Streets, all of the City Parks, the Marina, Boardwalk, Water front, and all of the special events held throughout the City each year. In addition, the DPW takes care of much of the underground utilities, like: water and sewer lines as well.

The DPW is also responsible for the City’s two cemeteries. FAIRVIEW Cemetery is best known as the City’s “new” Cemetery.

With the first recorded burial on June 2nd, 1928, one can easily see the Cemetery has been in use for over 80 years. The first interment here was on June 2nd 1928 when 33 year old Louis Boldus died of Tuberculosis. You can locate all interments at both cemeteries by clicking the cemetery links at the right.

The Fairview Cemetery is also home to Schoolcraft Counties largest burial section of Veterans. Veterans from all of the wars, WWI all the way through the Iraq wars are buried here.

The City’s second cemetery is Lakeview Cemetery. This was the original cemetery which began operations in the late 1800’s when the Lumbering Industry was booming. The first cemetery was located about where Manistique Papers stands today. When industry came to Manistique, the cemetery was moved to a location now known as the Team Chevrolet parking lot. A new Hotel was built there in the late 1800’s causing a third and final move to Manistique’s highest location, the Lakeview Cemetery. In 1945 at the request of the City Citizens the City took over the operations of the cemetery and it is still in full use today.

The Cemetery is normally not open during winter months however winter burials can be arranged. In the spring the DPW conducts a removal of all flowers for a one week period and then announces when new arrangements can be placed on gravesites. The cemetery remains open until the first significant snowfall.
​Each Fall, the DPW begins preparations for winter, by preparing the fleet of plow vehicles, as well as putting away picnic tables, removing the fishing piers, cleanup of fall leaves and debris, and other general maintenance. According to Superintendent Nick Bosanic, preparing for winter is always difficult because in our neck of the woods you can have 70 degree days at the beginning of the week and at the end of the week a couple inches of snow. It can be a gamble, but Nick says they are always ready for what Mother Nature throws at them. Another big job in the fall is to prepare the City for the Holiday season. Trees are decorated, light poles trimmed, all in time for the official start of the Christmas season the day after Thanksgiving.
​During the Winter months, the DPW changes gears and goes into snow plowing, and when required, snow removal mode. With almost 30 miles of streets, and several municipal parking lots, it takes a full day to clean up after each snow storm, and even more if removal of the snow is required. DPW respectfully requests that you remove your vehicles from city streets in cooperation with the City Ordinance, so they can safely and quickly clear the streets of snow.